Why Cannabis Honey Sticks Are Trending

Thanks to the growing legal cannabis market in the United States and abroad, a true smorgasbord of edible cannabis products are now available. Cannabis honey sticks are currently trending as an edibles product and it turns out there could be multiple good reasons to try these as a medicine.

It’s hard to keep up with the ever-growing list of edible cannabis products available today. But it seems the cannabis honey sticks are one product you should keep your eye on.

These plastic straws filled with the sweet substance come in varying concentrations of CBD and/or THC. Typically these cannabinoids come in the form of a concentrated extract. This gives the maker greater freedom in manipulating concentrations and allows patients better control on titrating up. This is particularly useful when it comes to THC as the intoxicating effect can be overwhelming to the novice when it’s delivered in a concentrated honey stick.

The honey/cannabinoid mix is easily transportable, discrete, and can be easily consumed in a number of ways. Patients can drink the cannabis honey straight from the straw or add to beverages or food. Honey stick toast, anyone? 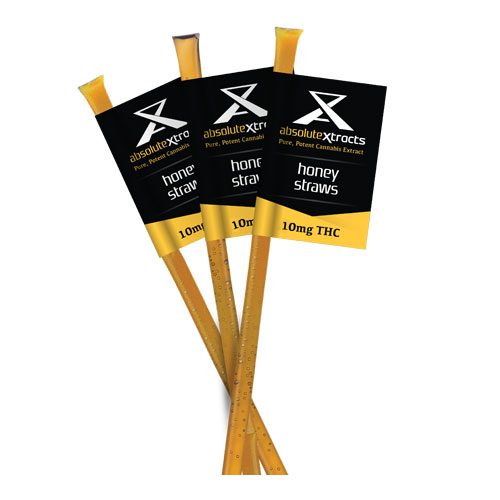 Cannabis honey sticks — like other edible cannabis products — can potentially help to treat a range of symptoms. This is because of the therapeutic benefits of cannabinoids, such as CBD and THC.

Cannabidiol (CBD) and delta9-tetrahydrocannabinol (THC) are two main cannabinoids found in the cannabis plant in large concentrations. Both CBD and THC possess significant therapeutic abilities and are often consumed in an edible form in order to balance bioavailability against hours of relief. Edibles are chemically changed in the digestive tract, giving them a lower bioavailability than vaping. The advantage, however, is that relief from edibles lasts a longer time, typically four to six hours.

CBD has shown therapeutic potential in treating such symptoms as pain, mood disorders, insomnia, and inflammation. Studies also suggest that THC has potential as an anti-inflammatory, pain-reliever, and anti-emetic to name a few. Both cannabinoids have also demonstrated anti-cancer benefits.

While cannabinoids are a key therapeutic ingredient in cannabis honey sticks, the honey itself has significant health benefits.

The Therapeutic Benefits Of Honey

Research suggests that honey has a range of abilities that point to its therapeutic potential. This means it could make it an ideal treatment alongside therapeutic cannabinoids. Humans have long taken advantage of the benefits of honey. Ancient Egyptians used honey for medicine, embalming and in sacrifice.

“Studies have been conducted to test the historical accuracy of ‘ancient knowledge’, and these have come back with results showing honey aids in wound healing and antibacterial properties. Manuka honey, in particular, can combat staph infections, as well as bacteria in the digestive tract that lead to peptic ulcers.” (Robertson, RxLeaf)

One of honey’s most impressive benefits is its ability to reduce inflammation. Inflammation can damage tissue, cause pain, and in its chronic state, may lead to debilitating disease. So, any product with anti-inflammatory action can be of great use to patients.

One study, from Digestive Surgery (2002), investigated the effects of honey and prednisolone, a conventional anti-inflammatory medication, on rat models with inflammatory bowel disease. The study found that when injected intra-rectally, honey treatment was as effective as prednisolone on managing colitis inflammation. According to the research, honey also has the ability to reduce free-radical formation in inflamed tissue. Oxygen free-radicals can play a key role in inflammatory responses. So any reduction in free-radicals could significantly help to treat inflammation.

Another study, published in the International Endotoxin & Innate Immunity Society (2012), suggests that specific honey strains native to New Zealand were capable of significant anti-inflammatory activity. The rewarewa, manuka, and kanuka honey samples may reduce inflammation by lowering the production of human neutrophil superoxide. This plays a key role in the inflammatory actions of neutrophils. The study’s conclusion was that certain kinds of honey demonstrate clinically relevant anti-inflammatory activity. 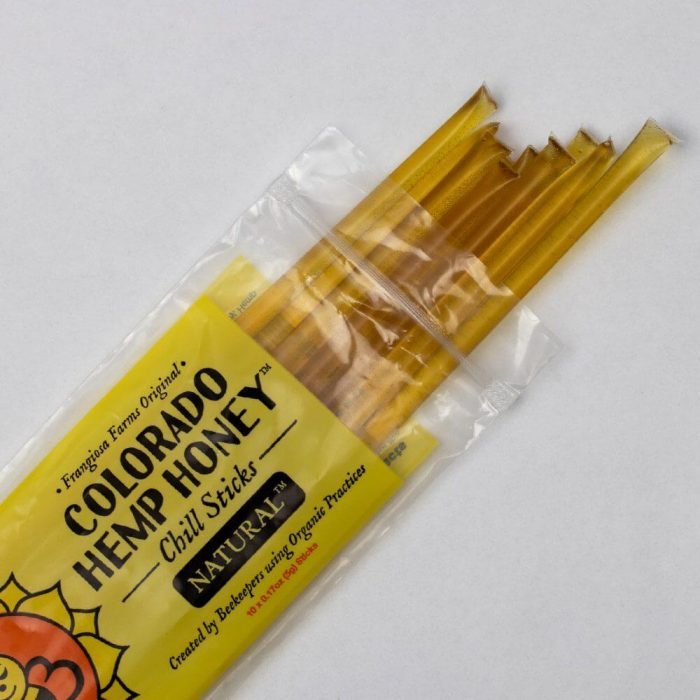 But reducing inflammation isn’t all you might see from honey consumption. Honey has also exhibited strong anti-microbial actions thanks to its structure. With a high osmotic pressure, low pH, glucose oxidation reaction, and low redox potential, honey does not support the growth of bacteria.

One study, published in the International Office of Epizootics (2004), even found that Egyptian clover honey had an antibacterial-like effect on the bacterium E. Coli and Salmonella. This antibacterial effect seemed to be slightly more significant against E.Coli and was more pronounced with higher concentrations of honey.

Other Benefits Of Honey

As well as its therapeutic action, honey is an especially convenient ingredient thanks to its long shelf life. It is actually known as the only food that will never expire. While it may not stay in perfect condition forever, honey’s anti-microbial properties, such as its low water content, means that any organisms that might spoil honey can’t survive. The worse that will happen to honey is that it will crystallize over time, which can be corrected by adding some heat.

Consuming honey in food or tea is also very common. So, consumers might find that cannabis honey sticks are a convenient and discreet way to take a cannabis product. And thanks to the easily measured straws used in cannabis honey sticks, these can also provide a reliable and easily distributed way to dose your cannabinoid intake.

What Conditions May Benefit from the Help of Cannabis Honey Sticks?

Thanks to honey’s strong anti-inflammatory and antimicrobial abilities, as well as the similar actions of cannabinoids, such as THC and CBD, patients with autoimmune disorders could particularly benefit from cannabis honey sticks.

The immune system of those with autoimmune disorders attacks the body and frequently induces an inflammatory response that can cause a range of symptoms. Rheumatoid arthritis, inflammatory bowel disease, and celiac disease are three such autoimmune disorders particularly gruelling in their painful inflammatory reactions. Honey sticks are an option to tackle this kind of pain because of cannabis’ interaction with CB2 receptors and the long-lasting effects of edibles in general.

It’s true that more studies on honey’s efficacy need to take place and when consuming cannabinoids, people should always be careful, especially when consuming these alongside conventional medications. However, cannabis honey sticks may offer a convenient, discreet, and effective treatment for sufferers of autoimmune disorders.

How To Make THC Pills as Gel Caps