Which Parts of the Cannabis Plant Have the Highest Potency?

Knowing the THC potency of a strain is becoming increasingly important in medical cannabis.

You have probably heard a lot of narratives about where to find the most potent buds on the cannabis plant. Some say that these are the ones at the top; some say at the bottom. Most will say they have no clue because we’re only beginning to understand why potency matters in cannabis medicine. THC potency is important when developing medicine, but it’s certainly not the only important measure of potency.

What is Cannabis Made of?

Cannabis contains over 140 cannabinoids, alongside other compounds such as terpenes and  flavonoids. The most psychoactive and abundant cannabinoid is called delta-9-tetrahydrocannabinol (THC).  Cannabidiol (CBD) is the next most abundant, but not psychoactive. Other cannabinoids present in the decarboxylated plant include: cannabichromene (CBC), cannabigerol (CBG), and the Δ9-THC variant Δ9-tetrahydrocannabivarin (Δ9-THCV).

Terpenes give the plant its odor and flavor and are an important contributor to the entourage effect that is achieved when different compounds from the cannabis plant are consumed together. Terpenes have important medicinal properties in their own right. Linalool, for example, kills pain vert effectively and Limonene, reduces anxiety. Terpenes are so relevant, in fact, that you should hunt down strains appropriate for your condition based on their presence.

How is THC Potency Figured Out?

Chromatography is the method most used, but it has different variations. Basically, chromatography involves the separation of various molecules by passing them through a matrix. Based on their different sizes and shapes they will be isolated at different rates as they go through the matrix. The smallest particles will seep through the matrix the fastest and settle at the bottom while the largest will settle at the top. After this separation, we have to go ahead and detect which molecules are present in the sample and in what quantities. Here are a few examples of popular chromatography methods used. 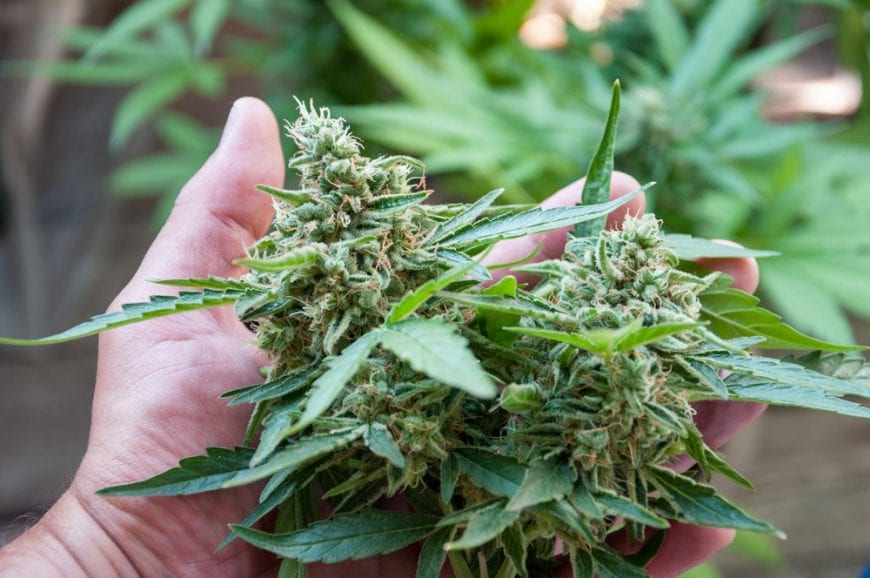 In this method, the cannabis extract is mixed with a solvent and passed through a HPLC machine where it undergoes chromatography separation. A liquid solvent is used and not heat, therefore the cannabinoids do not undergo decarboxylation. Mass spectrometry is a mass:charge ratio method that is used to detect which cannabinoids and compounds are present in the extract. It can do this by detecting the different components at each speed.

Another common method to test THC is Gas Chromatography paired with flame ionization detection (FID) and a headspace autosampler.

GC involves the use of heat in place of a solvent for chromatography. It therefore checks for the presence of terpenes and residual solvents with less ability to check for cannabinoids. First, the producers must heat the extract to a gas in a headspace auto sampler. Next, they use FID to detect the presence of each compound. While mass spectrometry can measure both organic and inorganic species, FID only measures the concentration of organic species.

The next most common method is Thin-layer chromatography (TLC). Here, a solvent extracts the cannabinoids from the cannabis sample. The tester then places the extract on a thin film. The cannabinoids will appear as differently colored spots spread out on the film. The kit comes with calibrated rulers which can be used to measure the amount of tetrahydrocannabinol (THC) cannabidiol (CBD) cannabinol (CBN), cannabichromene (CBC), tetrahydrocannabivarin (THCV), and cannabigerol (CBG).

Gas Chromatography with FID and the use of Acetone

This is a modified gas chromatography (GC) method that is able to detect some of the minor cannabinoids not detected through other methods. Acetone is an excellent solvent for Δ9-THC and is also a less polar solvent than methanol-based alternatives. This method uses the much cheaper nitrogen as a carrier gas, instead of helium. This method showed great precision in the research.

RELATED  What are Trichomes?

The Buds with the Highest THC Potency Are At The Top

Results of recent research have confirmed that the more potent buds are actually at the top of the cannabis plant. The research alluded to was carried out using the gas chromatography method with acetone as a solvent method. In the research on this method, the researchers tested sixteen common medicinal cannabis strains. “It was found that just as cannabinoid levels can vary from strain to strain, they can also vary between different locations on the cannabis plant.”

Buds from the top third of the plant are significantly more potent. Potency in flower samples also increases as the plant matures. It decreases in leaf samples during the same time period. 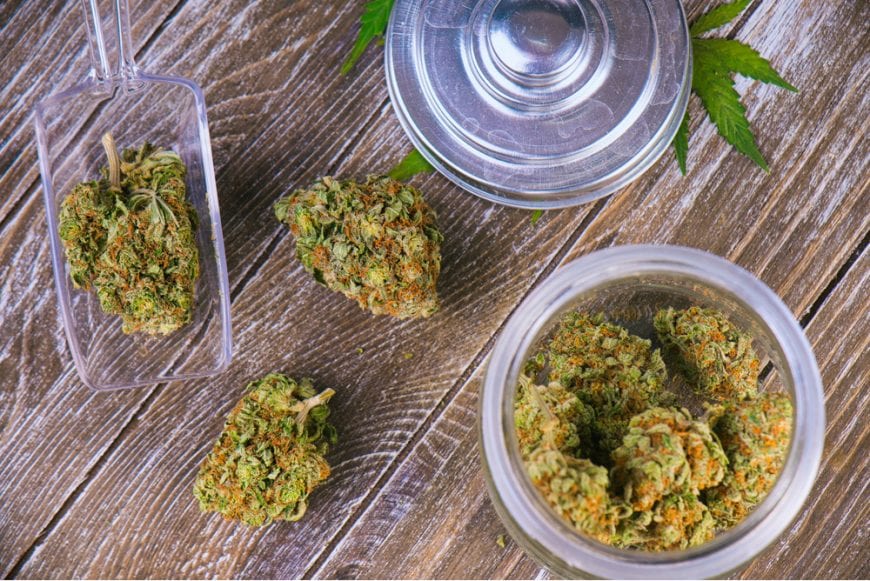 The Environment Determines The Cannabis

Environmental factors also have a role to play in the final potency of cannabis strains. The growing process, the growing medium, the weather, and the quality of care all determine the strength of the bud.

Lastly, genetics determine the overall traits of the cannabis plant, including its maximum THC potency. It’s sort of like height in humans – your genes will determine the maximum height you cold reach, but poor diet, stress, and even air and water pollution can reduce your height potential.

As interest in the medicine of cannabis continues to grow, patients are prone to becoming more discerning about the quality of the cannabis that they consume. Growers will only be able to create a consistent product by practicing consistency and acquiring knowledge about genetics.

RN, Expert medical writer who is passionate about cannabis!

Irradiation Of Food And Cannabis Is Questionable At Best