The Cannabis Mom Is A Force Of Zen Parenting

What exactly is a cannabis mom, and what does the label mean for mothers?

It’s a group that Good Morning America called the “new wine moms,” who are now gradually becoming more vocal about their existence. And if you are a mother who consumes cannabis, you’re automatically one of them. “Cannabis mom” is a new phrase making its way into our collective vocabulary. Although, whether or not there should be such a distinction is still up for debate.

There is no official definition of cannabis mom. At its most basic, it describes a woman with one or more children — who also consumes cannabis. And even in legalized states, there is still social taboo surrounding this group.

Just this year, Forbes reported that in a poll of over 700 cannabis moms, nearly 70 percent have experienced discrimination. The article quoted one participant saying, “If a parent, especially a mother were to even admit to smoking cannabis, they’d be reported for child abuse.” A woman in Utah was even separated from her children as a result of her consumption of CBD.

Yet, at the same time, more parents are consuming cannabis, some even choosing it over other, more socially acceptable substances like alcohol. In fact, fifty-four percent of Americans who use cannabis are parents, and the number of women consuming it are on the rise. 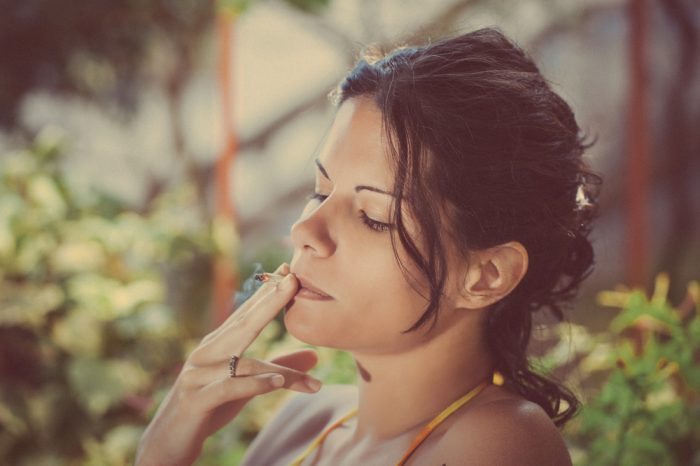 How Does a Cannabis Mom Navigate The Stigma?

This year, a researcher at the University of Missouri-Columbia published a dissertation that sought to discover the ways in which cannabis moms come to identify themselves as such, and how that label affects their relationships and their parenting structures.

The study engaged fifty-three women and ten lived in non-legal states. They each fit the socially accepted model of a ‘good mom.’ The study says, “For decades, media representations of mothers and experts on families in the United States have actively promoted the ideal of a ‘good mother’ as a mother who devotes unlimited amounts of time, love, patience, energy, and resources to child-rearing, even if it means sacrificing her personal needs, wants, and aspirations.”

Indeed, the women self-identified as giving consistent “presence” to their children. They actively showed love, gave acceptance, and provided support. The group identified as mostly middle-class and well-educated. According to the author, these were women that society would deem good mothers. But even so, their consumption of cannabis could earn them the title of bad mom. As the study notes, “As marijuana legalization takes hold in the United States, mothers are increasingly becoming the targets of criticism and a rhetoric of shame.”

How do Cannabis Moms Find Support?

One interview subject said, “I don’t talk about my use unless I know someone is sympathetic.” Others described efforts to keep this part of themselves hidden, by only consuming cannabis at home, not talking about it in front of others, and for some, only discussing it in closed, online groups.

RELATED  Every Cannabis Consumer Is Self-Medicating

To date, these online groups are actually where many cannabis moms are going to in order to find support. In fact, these groups are reshaping social stigma. The study states “with each new post or comment made in support of the behavior, we see this stigma…lessen. And more support for the counter-narrative that a mother who uses marijuana can be a good, loving and attentive mother.”

The mothers said cannabis enables them to be “present and in the moment with their children.”  That it makes the mundane parts of life became easier to handle. One woman said, “I feel cannabis sometimes gives me patience to do things I may find tedious. Such as watching the same movie or reading the same book over and over.”

Some also expressed their feeling that cannabis was better than other alternatives, such as alcohol or pharmaceuticals. The latter tend to be more socially acceptable methods of stress reduction despite dangerous side effects. Cannabis has also been found to be a safe option for treating postpartum depression. And as Good Morning America found, some moms are choosing cannabis in the same vein as they would in pouring themselves a glass of wine to take the edge off. 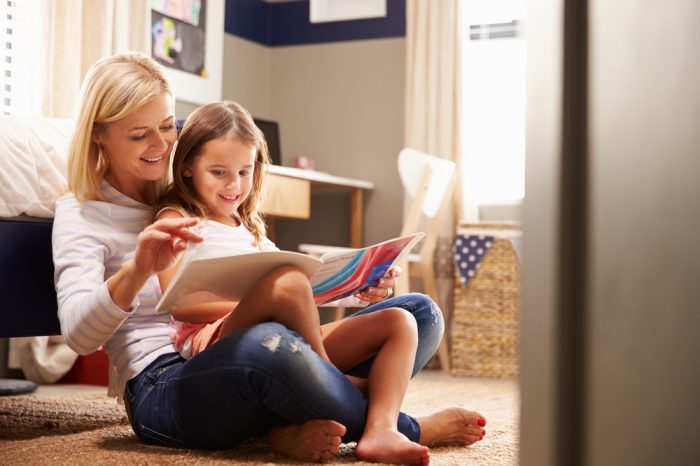 New Products with Mothers in Mind

As more women discover their inner “cannabis mom,” companies are also following suit, with products aimed specifically at this demographic. One new product reported by The Atlantic as a hit among moms is sublingual spray. “Once you spritz the liquid under your tongue, it activates quickly (within 60 seconds). It’s hard to overdo, and the high doesn’t last very long.”

Another mom from the University of Missouri-Columbia study spoke about her preference for cannabis sugar, “I put a little extra marijuana sugar in my coffee, and I am chill. I can roll with the day. I can be a better mom.”

She added, “Aside from the effects of marijuana, the fact that I have used so much in my life and am familiar with it and the potential benefits and side effects; I can better educate my children on the uses and effects of marijuana and that makes me a better mom.”

Are you a cannabis mom?