Cannabis and Meditation: Clearing And Clouding The Mind?

The old legends say Prince Siddhartha Gautama meditated beneath a fig tree for 49 days. During his meditation, demons tempted him with seductions and distractions, but he persevered. After the 49th day, he returned to the world with an answer to resolve human suffering: the Noble Eightfold Path. This path, Buddhists believe, leads to enlightenment, the ultimate alleviation from the eternal cycle of birth, death, and rebirth.

According to most schools of Buddhist thought, there is no soul. This concept may seem alien to many Westerners, especially since Buddhists believe in reincarnation. Essentially, the concept of the soul is a bad thing in Buddhism, because it tricks us into believing that our impermanent, mutable identity persists after death. Simply existing causes us to suffer, as our egos remain tethered to illusory, earthly desires. If there’s a soul, then we’ll continue to exist forever, which means we’ll suffer forever, too. 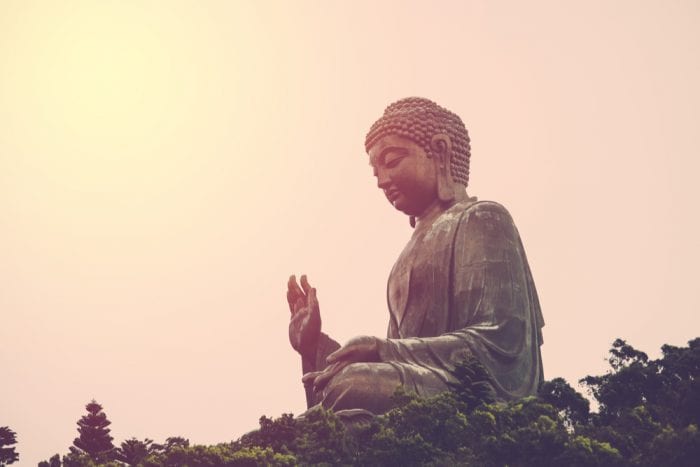 The Buddha and Cannabis

In legalized states, some yoga studios and wellness retreats offer meditation sessions that include cannabis. Of course, these elevated enlightenment sessions aren’t new; Hindu and Buddhist monks alike have used cannabis to aid their meditation for centuries.

How does cannabis enhance the meditative experience? How can you incorporate it into your own meditative practices? And is cannabis even necessary for centering the mind?

First, What Meditation Is, and What It Isn’t

The origins of meditation have been lost. Likely, the first humans meditated without approaching it as a disciplined exercise. Today, various perspectives treat meditation differently, but they all seek to achieve the same goal.

Modern misconceptions of meditation often paint it as a way to “clear the mind”. Initiates may spend hours trying to achieve a “no-mind” effect, only to give up in frustration as their thoughts invade their attempt at a blank slate. Clearing the mind of thoughts may sound cool, but that’s not the goal of meditation.

Rinpoche offers one method for effective, easy meditation. While meditating, simply focus on breathing in and breathing out. Do this over and over again. By focusing on the inhale/exhale, the mind’s internal chatter ceases, because it’s occupied with the pure experience of breathing. That’s it.

While studying qigong as a teenager, my sifu led meditation sessions where the class focused on portions of our body. As we controlled our breathing, he instructed us to place our attention in, say, our big toe. We’d let our minds “explore” the space of the big toe, then move to the foot, then the calf, then the leg, until we had visualized and felt our entire body. Again, the goal wasn’t to shut out our thoughts, but to redirect our thoughts elsewhere, somewhere neutral, somewhere peaceful, somewhere free of anxiety, worry, and self-criticism.

Other meditative practices may seem far-fetched for some people, but they work. For example, I once underwent past-life regression, even though I don’t believe in reincarnation. Regardless, after I spent 45 minutes imagining myself floating through fantastic portals to access memories from long-dead-yet-fictional identities, I snapped back to reality with the same level of satisfied clarity as I had when doing qigong meditation. Same goal, different approach.

The point of meditation, as Rinpoche stated, is to distract the “monkey brain”. Usually, we’re not aware of how overactive our inner monologue truly is until it begins to overwhelm us and we become wracked with stress over what could happen in the future or what happened to us in the past. Meditation centers us by making us completely aware of the present, of the now. 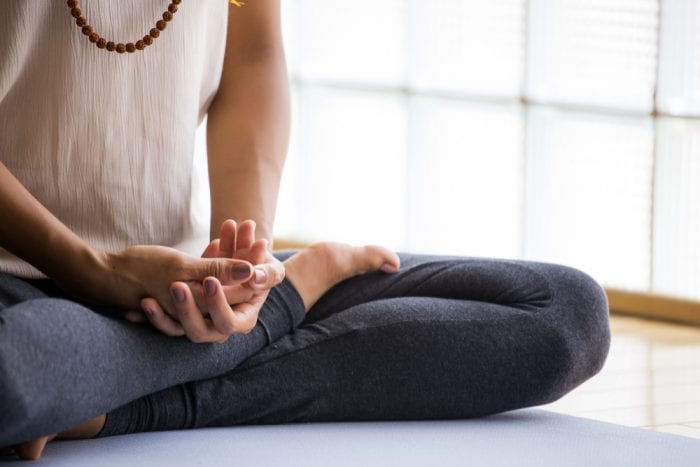 Many people find that cannabis relieves stress. If the monkey mind is too noisy, smoke a bowl or snack on an edible. After the heady effects have run their course, try meditating. You may discover it’s much easier to relax during the session after your high has peaked and waned.

For some folks, cannabis may increase anxiety. That’s no good if you’re trying to meditate. If that’s the case, try meditating first, then treat yourself to a smoke sesh after to either enhance the aftereffects of meditation or to reward yourself for a job well done.

Some people may discover that cannabis helps maintain a meditative state. Have you ever gotten elevated from some good weed, closed your eyes, and got lost listening to some great music? That’s meditation, too. 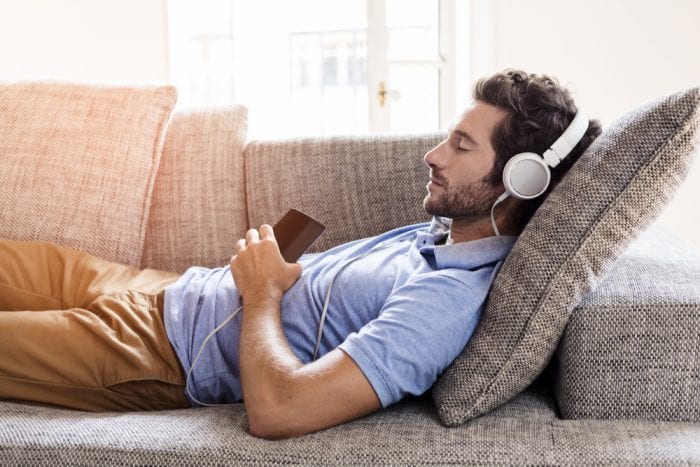 One popular saying about meditation is that it’s better than any drug or medication because it has no side effects. That’s mostly true, although one study found that misguided “mindfulness” may possess some side effects, namely triggering or reinforcing depression in people with unrealistic expectations regarding meditation.

Meditation shouldn’t require any kind of chemical assistance, although monks have used a variety of psychedelics while seeking enlightenment. These practices are ritualistic in the ways they incorporate cannabis or other mind-altering substances, and psychoactivity should be reserved for meditation, not “recreation”. After all, overindulgence in anything, including cannabis, as monks would say, feeds the ego rather than liberates it.

Under the Buddhist adage, all good things should be taken in moderation. Ironically, that wisdom not only applies to cannabis – it applies to the act of meditation, too. Sometimes we need worry, regret, and self-criticism to mature and evolve.

The Song Of The Cannabis Plant And Other “Healing Vibes”

Cannabis as a Spiritual Ally In Our Dysfunctional Lives

Does Cannabis Get the Creative Juice Flowing?