Even worse, nonprofits funded by the federal government fear backlash in accepting donation from cannabis companies.

It may be the season of giving, but some of those who want to give aren’t allowed. With cannabis classified as a schedule one substance, any donation from cannabis companies to nonprofits may be met with disdain by the feds.

With legalized cannabis flourishing across many parts of the U.S., cannabis entrepreneurs find themselves in the unlikely predicament of having money to donate, but are hard-pressed to find an organization happy to accept it.

Cannabis culture was traditionally founded upon compassion, inclusion, and caring for others. But why is it that with such strong sentiments underpinning the culture, so many cannabis companies find it difficult to make a donation to a charity?

Essentially, it boils down to the fact that the U.S. government blocks the way. Cannabis is, after all, still a Schedule I substance in the States. When it comes to donating money to philanthropic organizations with federal ties, problems quickly arise. The many nonprofits that rely on federal funding are particularly susceptible to any political backlash around money donated from cannabis companies. The government simply doesn’t want to see money derived from the sale of a scheduled substance find its way to the independent organizations they also support.

The Tragedy of the Cannabis Donation Ban

Nonprofits often provide for the most vulnerable in society. Where governments lack the funds to protect and support such communities, nonprofits ideally step in to fill the void. The problem that many cannabis companies in the U.S. face right now is that federal prohibition and philanthropic organizations just don’t mix. The inescapable cultural stigma of cannabis still strongly influences cultural thought at the top.

Nonprofits very often depend upon the financial support of local communities. But, many of those who are also federally funded are simply unwilling to accept a donation from a cannabis enterprise. The uncertainty around what the feds may do is simply too big a risk to take.

RELATED  Cannabis Prohibition Is More Deadly Than Temperance Ever Was

Many of those who have accepted cannabis money have chosen to keep every donation separate. Much of this money covers hard costs — such as those of materials. In an effort to protect existing donations, many nonprofits choose to mark this material, something that allows for easy identification in the event of a federal raid. 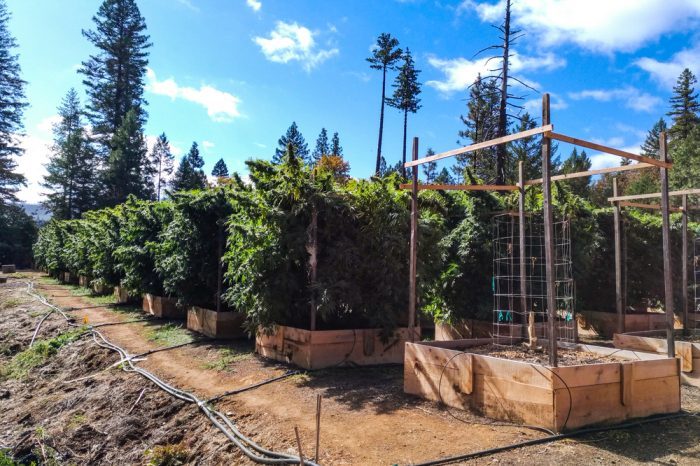 The Work Around for Cannabis Companies

Thankfully, there are several ways that cannabis companies can make donations. By swapping money for time, many are successfully able to give back to society. By offering employees as volunteer staff to nonprofits, it stands to benefit both parties. Nonprofits obtain much-needed help, while cannabis companies proactively work to dispel the unflattering cultural light cast upon them by federal law.

It is quite natural that the federal government would react in a hostile way toward a donation from a cannabis company. For their part, there simply has to be some form of justification for the scheduling of cannabis. In this case, they’ve set a real consequence for those who flaunt the rules.

How Cannabis Companies can Make a Donation

Canna Make a Difference, and Cannabis Marketing are two organizations that help cannabis companies and philanthropic charities connect. In effect, they act as a middle man, saving organizations both time and resources by finding the perfect match.

Another option for cannabis companies who wish to donate money to charity is to set up their own nonprofit. The downside for those who choose this route is the lack of access to any form of federal funding or 501(c)(3) tax-exemption status.

Despite the perceived unfairness, it’s still a path that many cannabis companies follow. Bloom Farm in California gives back to its local community in the form of free meals. While Peake Releaf in Maryland gives back to local organizations in the form of children’s equipment and back to school supply drives.

RELATED  Marine Helping Vets Get Off Opioids And Onto Hemp

Serving local communities is at the forefront of the minds of many cannabis entrepreneurs when it comes to donating money. Such a mentality is very much in line with the underlying principles of cannabis culture. 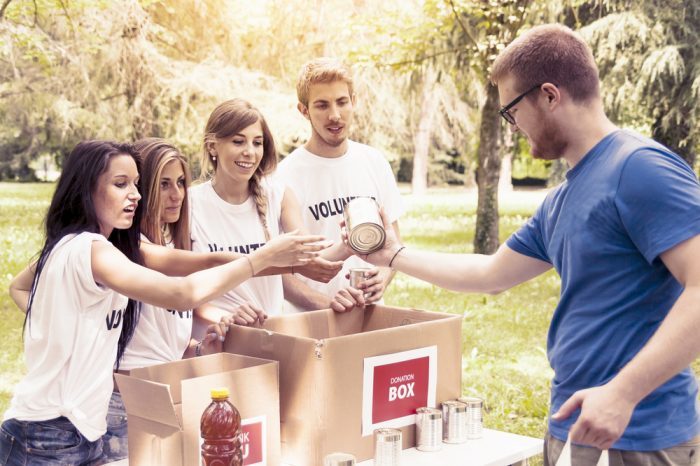 Another Unintended Consequence of Prohibition

Harry Anslinger and others responsible for prohibition may have acted in accordance with deep inner beliefs. But, when the far-reaching implications of their actions result in the continued disempowerment of the most vulnerable and the underfunding of those willing to help, then perhaps it’s time for a change.

It’s in highlighting such issues that society can pave the way for eventual federal legalization. The cannabis industry takes in vast amounts of money, some of which cannabis entrepreneurs are happy to share. The medicinal market truly benefits many of those suffering from severe afflictions. And for many of those who have already benefited from legalized cannabis, it’s difficult to see why a well-intentioned donation should ever be a problem.

Put simply; a donation humanizes an organization. It reinforces the idea that not only profit, but also the betterment of society, motivate many companies. In the case of cannabis money, it serves to destigmatize the consumption of a plant ally in these changing times. It serves to show that humankind can truly flourish when we set individual desires aside. This, despite the unfair limitations governments put in place.

Drug Sniffing Dogs are Losing Their Jobs in Legalized Countries