Doctors have figured out how to treat restless leg syndrome by listening to their cannabis patients.

This is huge. RLS is more than an annoyance.  It is a Trojan Horse of a disease, bringing with it a host of other unpleasant conditions. RLS usually leads to trouble sleeping, which sets the body up for an increased susceptibility to disease, irritable moods poor health and reduced mental functioning. And what’s worse, the traditional western treatments for RLS, dopamine agonists and/or anti-convulsants, can lead to some pretty grim side effects. 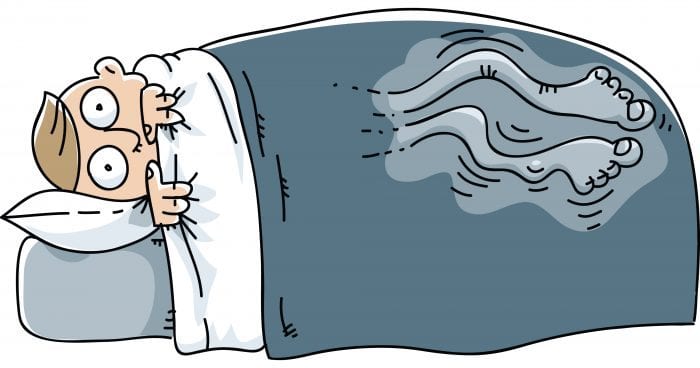 Just What is Restless Leg Syndrome?

The guy across the table from you thumping his foot up and down while you’re trying to read may have bad nerves or a tic. To truly qualify as Restless Leg Syndrome, a patient must meet five specific criteria. First, a strong urge to move the legs, usually accompanied by a ‘bad feeling’ in the legs (often described as a crawling sensation under the skin). Second, the desire to move the leg must get worse during periods of prolonged rest or inactivity. Third, the movement of the legs must provide at least some relief to the unpleasant feelings. Fourth, it must happen most often at night. And finally, the desire to move the legs must not be completely explicable by another medical or psychological condition.

Despite the long list of conditions that must be met, RLS is unfortunately, quite common. The disorder affects five and ten percent of the world’s population. It can start early in life for unknown reasons or develop later on, much like diabetes.

RELATED  The Latest in Phillippines' Duterte News Is That He Could Legalize Before U.S.

When RLS develops later in life, it can be due to a variety of factors, such as a poor diet (not enough magnesium or iron), deficiencies in motor control, or even as a side effect of certain medications.

RLS is technically a chronic condition, meaning that it’s not curable. Luckily, however, most cases are treatable. With the right kind of therapy, RLS can become manageable and in some cases, nearly disappear completely. 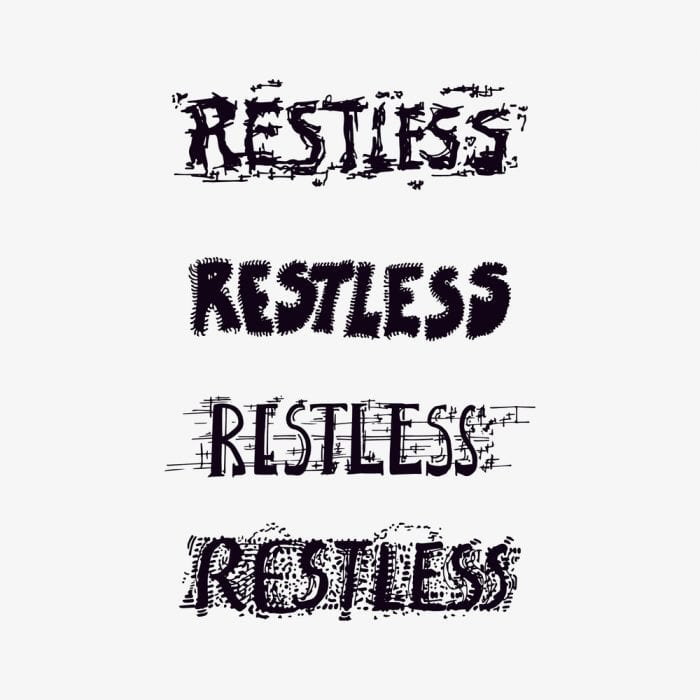 How to Treat Restless Leg Syndrome

Traditional treatments for RLS include dopamine agonists, which help the body fight off diseases caused by a lack of dopamine, such as Parkinson’s. While it’s effective in many patients, some experience troublesome side effects including 20% of patients  developing impulse control disorders.

Doctors were initially hesitant to allow patients to experiment with cannabis, despite its well-known benefits, due to lack of research. Cannabis treats neurological conditions like RLS through the body’s endocannabinoid system. Cannabinoids act as neural construction workers, re-paving the brain’s main roadways so that neurons and glial cells can better interact with each other. Instead of simply keeping dopamine swimming around in the brain, like dopamine agonists do, cannabis treatments affect the treatment of neural networks involved in cognition, emotion, eating, motor control and more. A better infrastructure leads to better results. Some would argue that this is better than a dopamine agonist.

You can think of cannabis as the anti-aging cream for brain cells. Instead of succumbing to the full effects of neurodegeneration, cannabis helps the brain build itself back up to its previously functional levels. 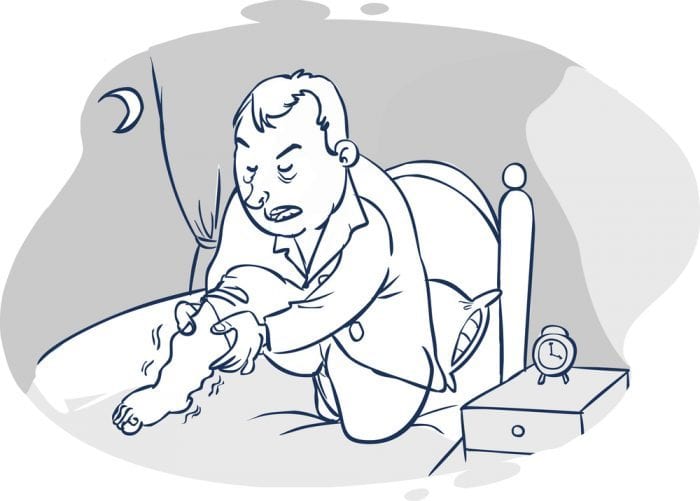 Take a step back and consider RLS from afar. It’s basically a motor disease caused by neurodegeneration that leads to pain. It sounds like the perfect candidate for cannabis. We know cannabis has anti-convulsant properties, which is why it treats seizures. We know it has brain-boosting powers. And we know it eases pain. It makes sense that a medicine that fights the big three pillars of Restless Leg Syndrome would provide relief.

RELATED  Is There a Role for Cannabis in Problems That Come With Aging?

And, like so many breakthroughs in cannabis research, this one started after doctors noticed their patients were using cannabis and getting results. Maybe the revolution won’t be about more and better cannabis-based research after all. Maybe it be a new practice of listening to patients and taking them seriously.

So Many Ways to Take CBD – Which is Your Favorite?

Is Cannabis the Answer for Chronic Pain?

Is There a Role for Cannabis in Problems That Come With Aging?