Legal Age for Cannabis – Quebec Wants to Change it

At which age are you able to make choices as an adult? And does that coincide with legal age limits for cannabis?

Editor’s Note: Quebec’s legal age became 21 on January 1st 2020. The following piece contains opinions that may or may not reflect the RxLeaf Inc’s values.

It’s a beautiful time when we get to debate the legal age for cannabis, rather than the length of prison sentence that should be given to a person caught with the plant. Not long ago, the idea seemed absurd, as though cannabis would be never be legalized. The mainstream viewed it as a public health risk and politicians avoided it like the plague. Meanwhile, cannabis consumers mostly stayed behind closed doors out of fear of persecution.

Now, things have changed, and the current hot topic in Canada’s cannabis industry is the legal age limit. While some provinces have set the legal age as low as 18, Quebec’s government is currently trying to bump it up to 21-years-old. Is that a good move?

Most of the time, legislator write cannabis laws with the best intentions. The government of Quebec isn’t trying to raise the age of cannabis use as a nefarious act. They believe this is in the best interest of its youth. If you were to ask them, they would cite a variety of valid reasons to raise the legal cannabis consumption age in Canada.

The most striking reason to raise the legal age for cannabis is that it’s riskier for young, developing brains than adult brains. 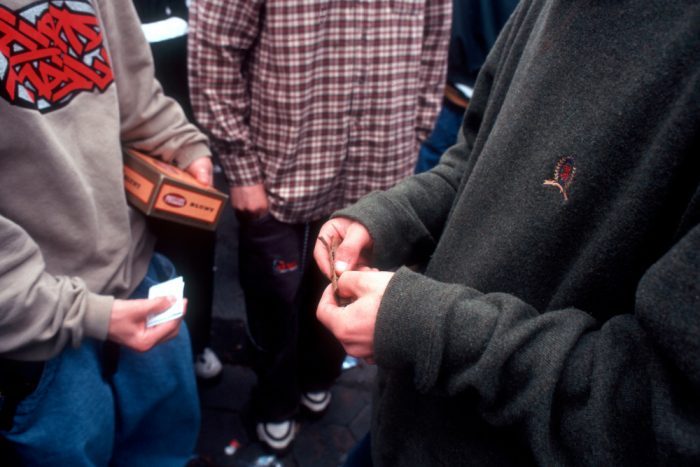 The Impact of Cannabis on a Young Mind

In fact, they might point to research that was published in 2015 in the journal, Current Pharmaceutical Design. In it, the researchers reviewed all of the literature pertaining to adolescent cannabis use.

They noted that differences “in brain tissue integrity following heavier marijuana use does predict future risky behaviors such as increased marijuana use and aggressive and delinquent behaviors.”

The authors also noted the need to explore other variables such as genetic predispositions or varying cannabinoid ratios influence developing minds over time.

RELATED  Violation of Privacy: Can Police Now Give Breathalyzer At Your Home?

Researchers know we shouldn’t treat developing brains lightly, and there are other concerns about the behaviors associated with young minds.

Perhaps the most pressing issue is the risk that people will drive after consuming cannabis. According to an article in CBC, five percent of Canadians report being in a vehicle with a driver who has consumed cannabis within a two-hour time frame.

That type of behavior is heavily frowned upon, even when it’s just CBD. CBC quoted the Public Safety Minister, Ralph Goodale: “driving under the influence of drugs has been an offense under the Criminal Code of Canada since 1925…your life can be ruined in a heartbeat if you continue with this kind of irresponsible behavior.”

Despite the warnings from public health officials, another article in CBC reported that half of young Canadians self-reported driving under the influence of cannabis at one time. A further 39% of adults had done the same. While those numbers may frighten people like Mr. Goodale, roughly half of the respondents who consumed and drove indicated that they did not believe cannabis had a negative impact on their driving. And according to other research, young people are more likely to be in collisions after consuming THC. 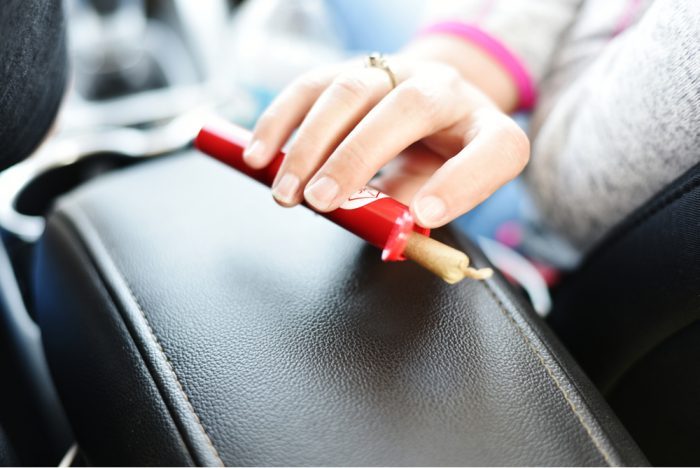 Are Young People Too Immature for Cannabis?

If half of young Canadians are driving under the influence of cannabis, what other dangerous acts might they perform?

This is the type of question that proponents of raising the legal age for cannabis like to ask. They rest on the belief that young minds are too immature for cannabis. After all, they argue, it’s a psychoactive drug with the potential to severely alter someone’s perception of reality. So could that shift in perception lead to reckless behavior where before there may have been none?

Young people are prone to make mistakes. That’s part of learning. And part of being young. Will cannabis really influence that? Maybe, but significantly less than alcohol’s influence – which they’re certainly consuming in defiance of the legal drinking age.

So, cannabis may damage young, developing minds, it may negatively impact young people’s ability to drive, and it may lead them to make unwise decisions. In all fairness, these are three valid reasons to raise the legal age for cannabis.

Should We Raise The Legal Age For Cannabis?

The final argument, when it comes to plant-based laws, is that governments shouldn’t be able to dictate plant consumption. Furthermore, it should be every person’s right to dictate the state of their consciousness so long as they are not harming other people. So, the question, “should we raise the legal age for cannabis use?” is incorrectly framed.

To disagree with the premise, what if there were no legal age for cannabis and no illegal age for cannabis? If we’ve learned anything from prohibition, they’re likely to try cannabis anyway. Moreover, giving them access to legal, regulated cannabis is actually healthier. They’re less likely to overindulge and they won’t be exposed to illicit, potentially “cut” cannabis stock. So, it may be safer to educate them about risks of young consumption, appropriate doses, and how to judge their reactions to cannabinoid ratios.

However, this does not release parents from the responsibility of teaching their children how to best manage their own health.

Cannabis Industry Jobs Are Coming By The Thousands!

Is Medical Cannabis Covered By Insurance?

Will WHO Deschedule Cannabis And Trigger Global Legalization?

Violation of Privacy: Can Police Now Give Breathalyzer At Your Home?