Put That Weed Shake to Good Use

You’ll not catch a connoisseur rolling up a weed shake joint, but maybe we don’t need to turn our nose up at it either.

To many, cannabis is like coffee. While some will chug down any old bean in the morning, others will enter a meticulous 15-minute ritual to brew the perfect cup. For those that simply need a caffeine kick in any which form, there’s instant coffee. While for those who simply want to medicate with cannabis — even if it means smoking stems and seeds over terpenes and cannabinoids — then there’s weed shake.

What is Weed Shake?

Weed shake is the potent — or not so potent — leftovers that collect at the bottom of a jar. Often unattractive to the eye, it’s most commonly found in dispensaries where they keep the buds in large jars. It’s those small pieces of bud, kief, seeds, stems, and leaves that accumulate at the bottom. And just like instant coffee, it’s a mix of all sorts that’s cheap and never tastes the same twice!

What Are The Problems With Weed Shake?

As shake accumulates at the bottom of a jar, it begins to oxidize faster than the original buds, as more surface area is exposed to the air. It’s this that generally leads to less potent cannabis. If you do happen to buy yourself some bargain shake, then make sure you store it properly to avoid any further degradation in potency. 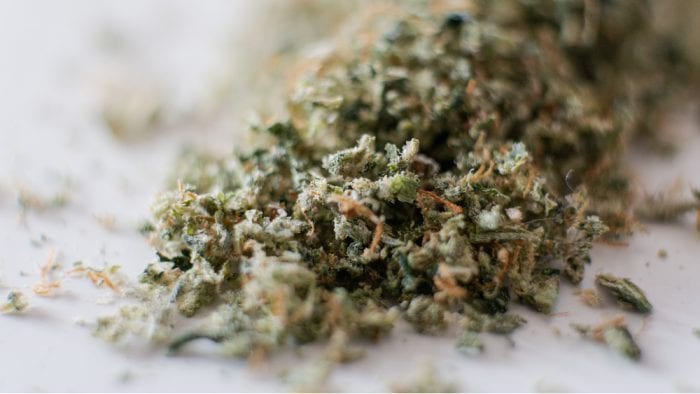 Shake often contains stems, seeds, and other unwanted pieces of plant matter. Some dispensaries will filter this out with screens, but others won’t bother. Worse again, some will try and pass trim off as shake. Trim is the unwanted plant material that cultivators remove before curing the cannabis. Trim doesn’t smoke well and should be avoided, so always check.

Depending on your intentions, expectations, or medical requirements, another potential issue is that of mixed strains. Sometimes dispensaries will mix the shake from several strains together. They may sell it as a “Sativa Shake” or “Indica Shake”, in which strains with broadly similar characteristics are sold in the same batch. If you’re consuming cannabis without a clear intention, this may be a cheap way to medicate. However, if you’re medicating with the intention of treating an underlying medical issue, then you’ll likely want the reproducible effects of a particular strain to combat your symptoms.

Interestingly, in studies carried out by cannabis expert Dr. Ethan Russo, he claims that the modern-day differentiation between indica and sativa is misleading. He claims that breeding techniques have rendered these terms inaccurate in judging a strain’s effects. He prefers to use the term “chemotypes”, which digs deeper by evaluating terpene and cannabinoid profiles.

Is Weed Shake Worth It?

At best, weed shake will only be as good as the quality of the original buds. As every batch of shake is different, it’s important to check it with your own eyes before purchasing. Look out for seeds and stems, and check the shake for the presence of trichomes. The shake may be worth purchasing if it contains small nugs glistening with crystals without abundant unwanted plant matter. If, however, you notice that it’s full of stems, seeds, and trim, or perhaps it’s just too dry, then you may want to avoid it.

What Can You do with Shake?

Shake is usually of interest to bakers and edible makers. With the higher quantities of cannabis used in baking, the lower price of shake makes it an attractive option. When baking, you’re not overly concerned with the quantity of stems and leaves, especially if you can strain the solution before consumption, as in the case of cannabutter. Shake, in these instances, is a fine choice.

If you buy a pre-rolled joint at a dispensary then there’s a high chance it’s shake — or snake oil, depending on your perspective. Pre-rolled joints are a lottery and difficult to gauge without seeing the actual cannabis. It may not be until you’re coughing up that harsh-tasting smoke that you realize just why it was so cheap. 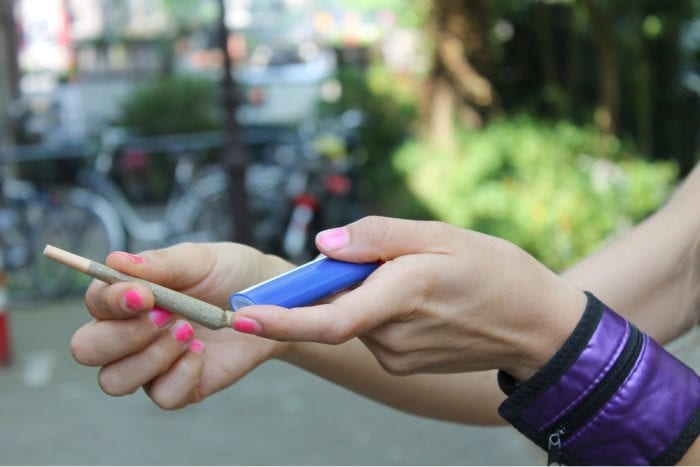 How Much Does Shake Cost?

The cost depends on a variety of factors – primarily upon what flower the shake came from. With a high-quality flower, that potent kief can accumulate at the bottom of the jar. This is especially common with light-budded strains. It can provide a potent hit to any unsuspecting consumer. However, budtenders know very well what’s in the shake, and they won’t sell high-quality weed shake cheap. Typically shake will be on sale 50-60 percent cheaper than flower, perhaps lower if the quality is poor.

If you’re on a budget and simply looking for some cheap cannabis without any special requirements, then shake may be perfect for you. However, bear in mind that when you return a week later, there’s no guarantee that you’ll obtain the same effects from the shake on sale. You simply never know what you’re gonna get.

Remember that there’s a reason why instant coffee is much cheaper than the mycotoxin-free organic coffee beans. And If you’re buying shake from a dispensary, you should always enquire where it came from, of which strain(s) it’s comprised, and how much, if any, unwanted plant matter is mixed within.