Cannabis Museum in Amsterdam Did Not Disappoint

This cannabis museum rolls out the green carpet for a thrilling glimpse into hash and hemp from days gone by. Well worth the trip.

To appreciate modern art, you head to MOMA in New York. To learn about natural history, you wander the halls of the Natural History Museum of Los Angeles or London. But where can you go to discover the mysteries and the history of cannabis? The Hash, Marihuana & Hemp Museum, of course. 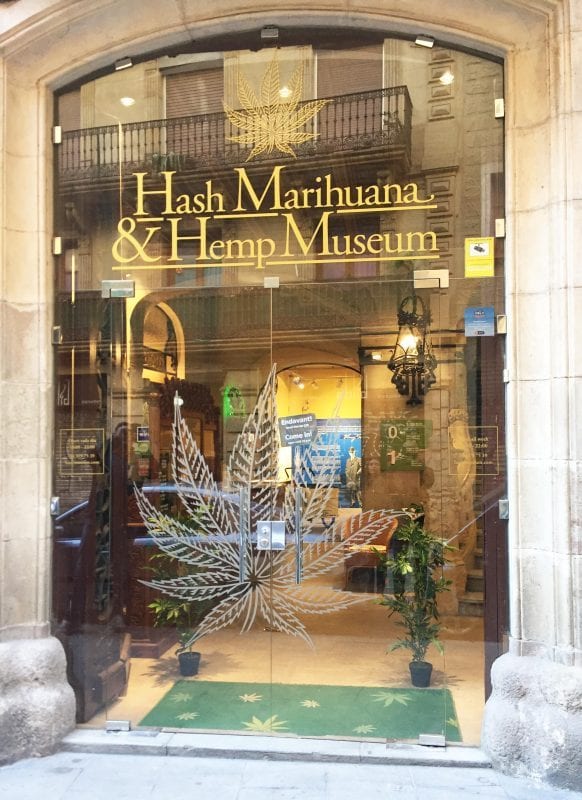 The museum, with branches in both Amsterdam and Barcelona, has two areas of focus: hemp and hash. In Amsterdam, one location is dedicated to hash and cannabis, while the other examines the history of hemp. The Dutch location offers much more to the cannabis-hobbyist than what the red-light district legends may suggest. It’s not just a code name for the latest iteration of a cannabis cafe. The museum is the first of its kind, concentrated on exploring the colorful history of cannabis L. sativa, including the many historical and modern applications of the plant. 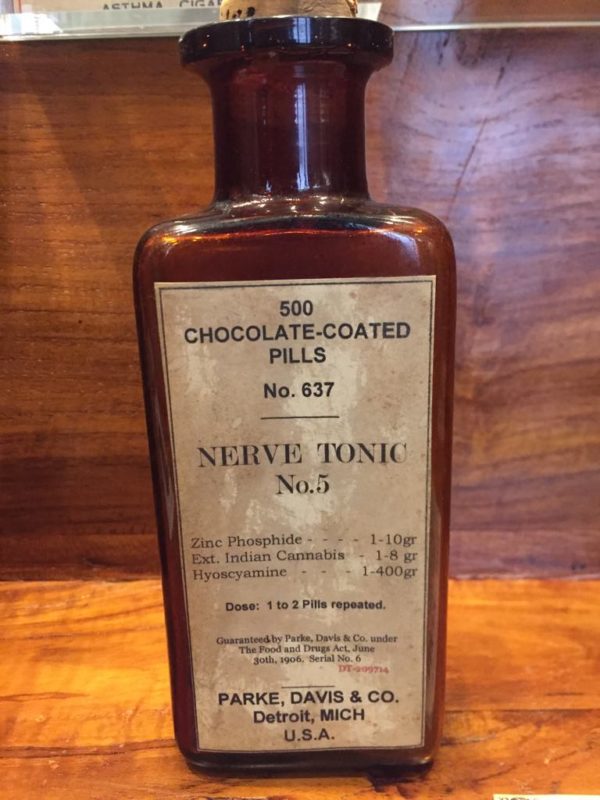 Thanks largely to the passion of Ed Rosenthal, a California cannabis celebrity, and Ben Dronkers, a Dutch entrepreneur, the doors have stayed open despite political condemnations in the early years. Since opening in Amsterdam in 1986, the Hash, Marihuana & Hemp Museum has welcomed over two million visitors and launched their second location. With increasing global acceptance of cannabis, their exhibits are more relevant than ever before. And more powerful – they have the ability to change the face of cannabis as it takes over the worldwide stage.

More Than Just a Dusty Museum

Over the years, the museum has become much more than just a collection of artifacts on display. It has been a meeting place for cultural icons of cannabis, including Jack Herer, Richard Branson, and other notables. Moreover, in association with the Hash Marihuana Museum in Barcelona, founder Dronkers established the Cannabis Culture Awards in 2004. The Awards recognize individuals who devote their lives to fighting for full acceptance of cannabis across the global community. 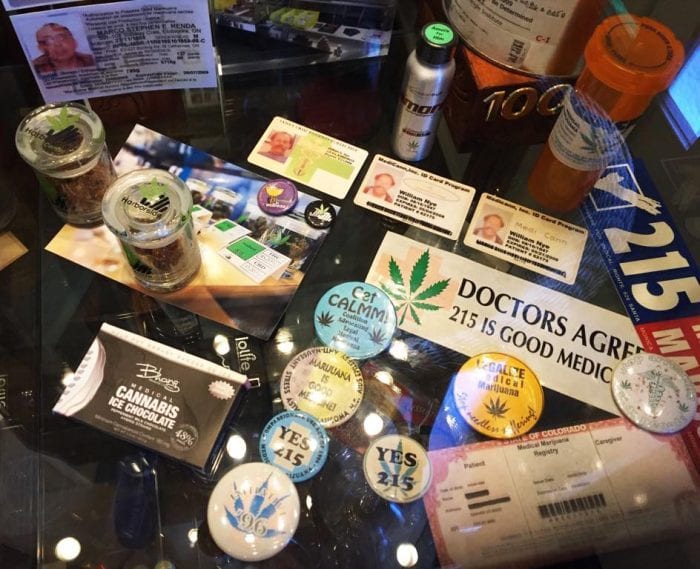 It’s also a meeting place for in pursuit of cannabis-education. The Cannabis College in Amsterdam, an arm of the museum and located only a short distance away, has been in operation since 1998. It’s available to answer any of your questions about cannabis. And with their archive of records, all publicly accessible, you have the option of doing your own research.

Dedicated to the Cannabis Arts

This cannabis museum isn’t just for science lessons about cannabis botany and a history display on cannabis prohibition. It also supports the rapidly growing cannabis-focused arts scene. From hemp-based fiber art,  to book launches, to film screenings, both locations host a wide variety of events and exhibitions year-round. The museums are focused on a creative approach to cannabis.

The museum offers exhibits like those on how the history of jazz and the history of hash are interwoven, or shining a light on the influence of cannabis on album covers. They host a vast array of cannabis-focused arts events, which break open the stereotypes about weed. 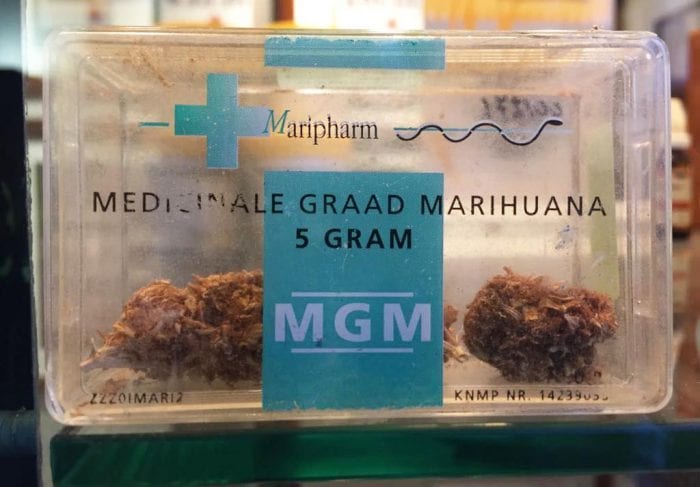 A New Exhibit for Female Empowerment in Cannabis

Speaking of breaking down barriers and disrupting the status quo, “We Are Mary Jane” is a groundbreaking exhibit at the Amsterdam location. The exhibit looks at the history and future of women in weed. Historically, men have dominated the industry, from the growers to the users to the sales. Despite the overpowering discrimination, there are some genuinely empowering women in the history of weed who deserve to have their story heard.

“We Are Mary Jane” runs until March 2019 and digs into the history of notable women, from Mila Jensen to Brownie Mary. It also highlights the work of some modern-day hemp and hash women entrepreneurs; women who are firing sleek porcelain smoke-ware collections and designing eco-chic hemp clothing. 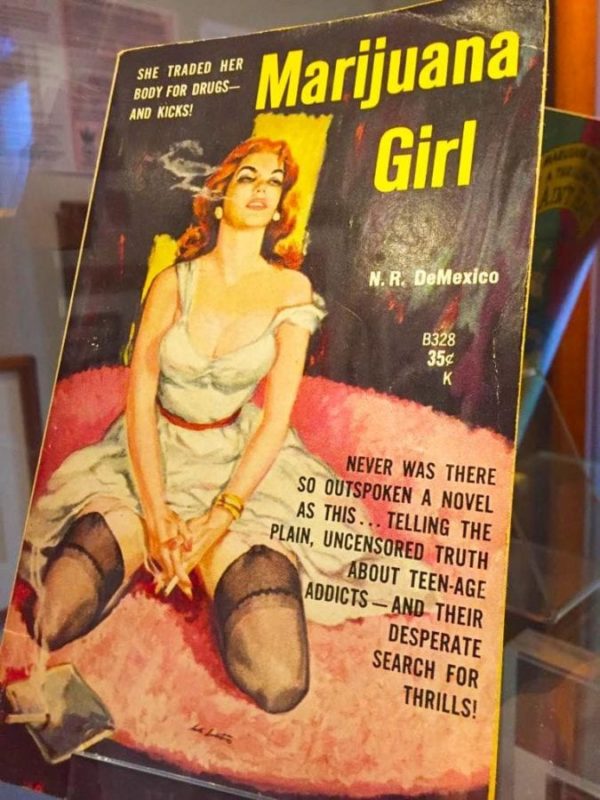 The focus of the museum is to capture the global history of the plant from a wide lens. As such, their current permanent collection consists of a wide array of cannabis items and imagery. You might expect to see a collection of pipes and bongs, which is arguably mandatory for any cannabis-focused history lesson. But the museum also exhibits artifacts that are more surprising.

From a series of cannabis-tincture medicinal bottles from the early 1900s to the images showcasing hash making techniques from all corners of the earth, cannabis is everywhere. The museum’s dedicated hemp department includes ancient hemp rope, modern-day bioplastics, and multimedia. If it can be made from hemp, it’s here – including the recent addition of a novel hemp fiber surfboard. 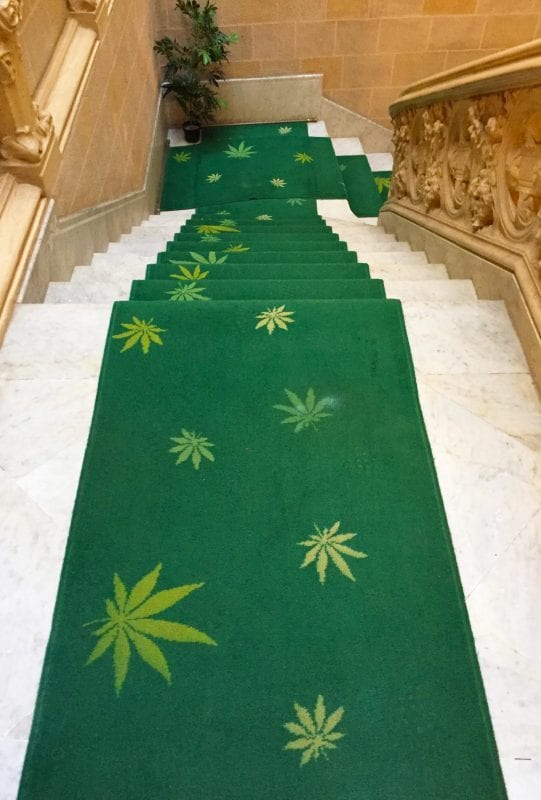 On your next visit to Amsterdam (or Barcelona) it’s worth making a pit stop at one of their two locations. Entrance is €9 per person, and children under 13 get in for free so long as accompanied by an adult. Audio tours are available as well. Check their upcoming events and social media pages for a rotating roster of informative and creative cannabis-focused evenings. You’ll leave with a deep understanding of the profound cultural influence of the cannabis L. sativa plant on communities around the world – even in places where you least expected it. 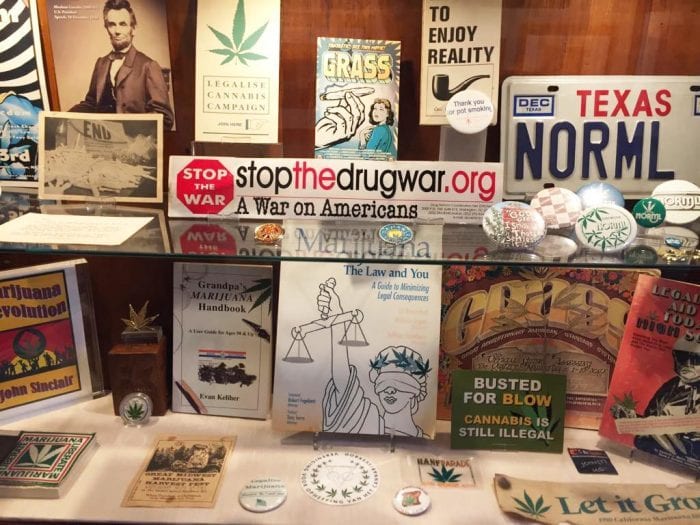 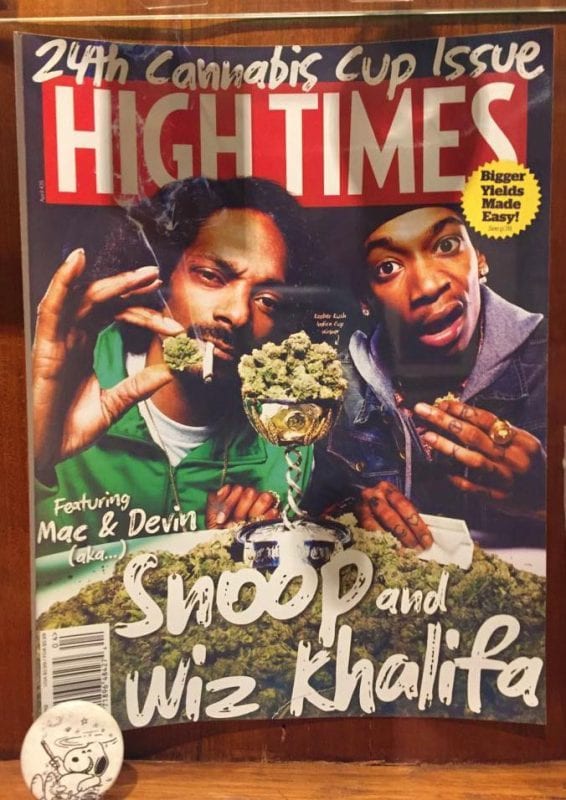 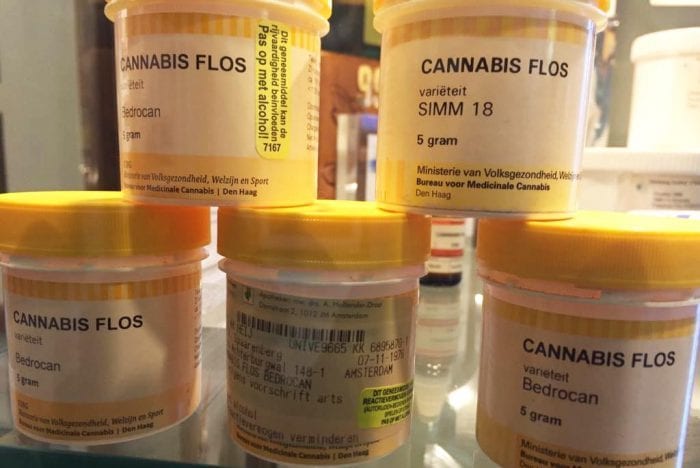 The Untold History of Skunk Weed